The annual Upcountry Literary Festival will be held on Friday, March 20th and Saturday, March 21st at the USC Union auditorium. The two-day event will showcase a number of nationally and regionally known authors, poets, and musical artists. The event is free to everyone.

Elizabeth ‘Tina” Barr is a poet that lives in Black Mountain, NC. She grew up on the North Shore of Long Island, NY.  As a child she was fascinated by myth and fairy tales, an interest she brought to bear in her doctoral dissertation, entitled “The War of Myths: From Modernist Archetype to Postmodernist Cartoon.” Barr’s third full-length collection of poems, Green Target, won the Barrow Street Press Book Prize, judged by Patricia Spears Jones, and was published in the Fall of 2018.  Green Target won the Brockman-Campbell Award, judged by Michael Waters, from the North Carolina Poetry Society, as the best book of poems published by a North Carolina poet in 2018.  Her second book, Kaleidoscope, was released in 2015 by Iris Press.  Her first book, The Gathering Eye, won the Tupelo Press Editor’s Prize.  She has published 3 chapbooks that are all winners of the chapbook contest.

Ray McManus is the author of three books of poetry: Punch., Red Dirt Jesus, and Driving through the Country before You Are Born. He is a professor of English at the University of South Carolina Sumter, where he teaches Irish Literature, Southern Literature, and Creative Writing. When he is not teaching, Ray directs the South Carolina Center for Oral Narrative, serves as Writer in Residence at the Columbia Museum of Art, and chairs the Board of Governors for the South Carolina Academy of Authors.

Libby Bernandin is a poet from South Carolina. She is retired from teaching English at the University of South Carolina.  Libby’s work has appeared in many publications such as: The Southern Poetry Anthology: Volume 1, Southern Poetry Review, The Asheville Review, Notre Dame Review and The Kakalak and Negative Capability.  Her poem the Book of Myth was one of the six winner on the South Carolina poetry initiative chapbook contest.

Dan O’Shields is a retired psychotherapist. He graduated from the University of South Carolina with a Ph.D in Counseling Education, and has worked in his home state of South Carolina, in Utah, and in Colorado. He grew up in a Union, SC mill village in the 1950s, and these experiences provided him with a personal interest in documenting stories of the disappearing southern mill village culture. Previously published works include, Where Have You Gone Ted Williams. This fictional memoir tells the story of an eight-year old boy growing up in Union Mill Village and his fascination with baseball. Other stories he has written include a fictional tale about local mill village delivery drivers scurrying about the village to bring the makings for dinner to local housewives, a story about the wonderful porches that fronted all mill village homes, and a true story of an historic Little League team from Union. Dan now lives in his native Union, South Carolina. Much of his retirement is spent running his antique business from his downtown store. 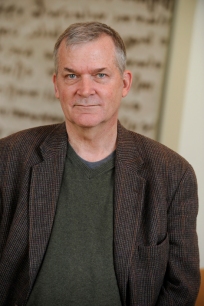 George Singleton is the festival’s keynote speaker and he has published seven collections of stories, two novels, and a book of writing advice. Over 200 of his stories have appeared in publications such as the Atlantic Monthly, Harper’s, Playboy, the Georgia Review, the Southern Review, the Cincinnati Review, and elsewhere. He is the recipient of a Pushcart Prize, a Guggenheim fellowship, the Hillsdale Award from the Fellowship of Southern Writers, and the Corrington Award for Literary Excellence. He lives in Spartanburg, SC, where he holds the John C. Cobb Chair in Humanities at Wofford College.

Freddie Vanderford, Fayssoux McLean and David Ezell will take the stage on Friday.  Vanderford, a local favorite, is well-known for his love of blues and his famous harmonica. Starting in his teenage years, Vanderford befriended Piedmont Blues harpist, “Peg Leg” Sam Jackson and was captivated by the unique sound of Piedmont Blues. “Peg Leg” taught Vanderford the harmonica licks that formed the foundation of Piedmont Blues after realizing the young teen’s talent. Vanderford continues the tradition and passes on the knowledge that he was taught. In May, 2010 he was awarded the Jean Laney Harris Folk Heritage Award for maintaining and sharing the tradition of the Piedmont Blues harp. Fayssoux McLean will surely hypnotize the audience with her captivating voice. She is an essential component on Emmylou Harris’ album, “Luxury Liner,” and duets with Emmylou on “Spanish is a Loving Tongue” and “Green Rolling Hills”. Fayssoux’s genres are traditional folk songs, old-time gospel and contemporary country-rock. Also on stage with Vanderford and Fayssoux is a native of upstate South Carolina, David Ezell. He has been compared to artists like Bob Dylan and Elvis Costello and has a soulful voice and sophisticated guitar playing. This special musical trio is surely one not to be missed!

Viva la Muerte was recently selected by YES! Weekly’s readers as the best original band in the triad (Greensboro, High Point, and Winston Salem). Born as a fiddle and two guitars back in 2005. In 2012, VLM expanded their sound and launched a Kickstarter campaign to raise $10,000 for their first album, “All the Birds.” Viva la Muerte is a spiritual walkabout, from the front porch to the desert to the magnolia, thoughtful music that doesn’t forget to have fun. VLM’s sound might best be described as psychedelic Americana if, by psychedelic, one means a place where borders blur and if, by Americana, one means a respect for the deep roots of American music.

M.C Armstrong is from Greensboro, NC. He is currently pioneering global war on terror studies at the University of North Carolina at Greensboro. When he first started, he was disappointed in the quality of media about war’s that were happening, so he decided for himself to see what is was like as a field reporter in Al Anbar Province, Iraq.  His work has appeared in many publications, such as: Mayday, The Gettysburg Review, Esquire, The Literary Review, Epiphany, The Storyteller Speaks, The Missouri Review, The Mantel, The New York Times, The Greensboro News and Record and The Mantel.

Claude Wilkinson is a graduate of the universities of Mississippi and Memphis respectively.  Over the years his poems have appeared in numerous journals and anthologies, including Atlanta Review, The Oxford American, and The Southern Review.  His collection, Reading the Earth, won the Naomi Long Madgett Poetry Award. He has been selected for inclusion in Who’s Who in the South and Southwest, Who’s Who in America and Who’s Who in the World.  In addition to private collections, his work is also in the permanent collections of Cottonlandia Museum.

Darlene O’Dell lives in Asheville, NC and is a writer, teacher, and founder of Freewrite Fridays. Her most recent book, The Story of the Philadelphia Eleven was released by Seabury Books in 2014. She has also published I Followed Close Behind Her and Sites of Southern Memory: The Autobiographies of Katharine Du Pre Lumpkin, Lillian Smith, and Pauli Murray. She earned her Ph.D. in American Studies from the College of William and Mary, her M.A. in English from Clemson University, and her B.A. in English from Presbyterian College.

Randy Ivey has taught English at the University of South Carolina since 1990, starting out as an adjunct instructor.  He has also taught at the main campus in Columbia, the USC Union operation in Laurens, and at Spartanburg Technical College, now SCC.  On eight occasions he has been named USCU’s Distinguished Teacher of the Year: 1996, 2002, 2006, 2009, 2011, 2013, 2016, and 2018.  He is the author of a new novel, Where the Streets Are Paved With Gold, three story collections, The Shape of a Man, The Mutilation Gypsy, and A New England Romance, and a book for children, Jay and the Bounty of Books. Twice he received the SC Fiction Project Award for the short story, in 2004 and 2007. He has published nearly 100 stories, poems, essays, and reviews in journals, magazines, and anthologies in the United States and in England, including The South Carolina Review, Emrys Journal, The Charleston Post and Courier, Modern Age, and Appalachian Heritage.

Leslie Sainz is a first generation Cuban-American, born and raised in Miami, Florida. A 2019 National Poetry Series Finalist, she received her MFA in poetry from the University of Wisconsin-Madison, where she was the Editor-in-Chief of Devil’s Lake. Her work has appeared in or is forthcoming from AGNI, Jubilat, Narrative, Black Warrior Review, Ninth Letter, Hayden’s Ferry Review, The Journal, and others. She’s received scholarships, fellowships, and residencies from Canto Mundo, The Miami Writers Institute, The Adroit Journal, and the Hub City Writers Project. She was a 2018-2019 Stadler Fellow at Bucknell University, and now works as the Outreach Manager of the Hub City Writers Project.

Derek Berry is a writer and photographer.  He was raised in the Southern Appalachia mountains, in Alexander, NC, outside of Asheville. His collection of poetry, Jesus In The Trailer, (Main Street Rag Press) is now available.

Tim Conroy is a poet and former educator. His work has been published in journals, magazines, and compilations, including Fall Lines, Auntie Bellum, Blue Mountain Review, Jasper, Marked By The Water, and Our Prince of Scribes: Writers Remember Pat Conroy. In 2017, Muddy Ford Press published his first book of poetry, Theologies of Terrain, edited by Columbia, SC, poet laureate Ed Madden. A founding board member of the Pat Conroy Literary Center, established in his brother’s honor; Tim Conroy lives in Columbia, SC.

Start Here. Stay Here. Finish Here. We offer flexible degree programs including associates degrees, bachelor's degrees and online options to make that happen. Our dual enrollment programs give high school students the chance to start their college education while they're still in high school. That means a quicker path to a degree and a career. Whatever your career goals are, we can help you meet them. View all posts by uscunionbantams

Santa said that Blaze the Bantam has been extra good this year! Blaze enjoyed seeing everyone at Christmas Open House last night! Look for him in the upcoming Christmas parades! 🎄🎁 🐔 🎅🏼
Blaze the Bantam had a BLAST at Downtown Union’s Trick or Treat!! Thanks to everyone that stopped by!!
USC Union was thrilled to welcome UofSC President Michael Amiridis to campus today! After a tour of campus and meeting students, he spoke at the Rotary Club of Union about his vision of UofSC moving forward.
Our nursing students had a blast today during the Skills Relay. The two teams competed at different stations to enhance skills such as how to correctly put on gloves without breaking sterile protocol, determining correct dosage, safe way to move patient from bed to chair, and much more! Great job by all!
Welcome back to campus!! We hope it is the best semester for everyone!!
What a wonderful day to be a Bantam! USC Union wants to give thanks to the House Representatives and Senators for supporting us on #CarolinaDay2022!! #uofscimpact #USCUnion #UnionSC